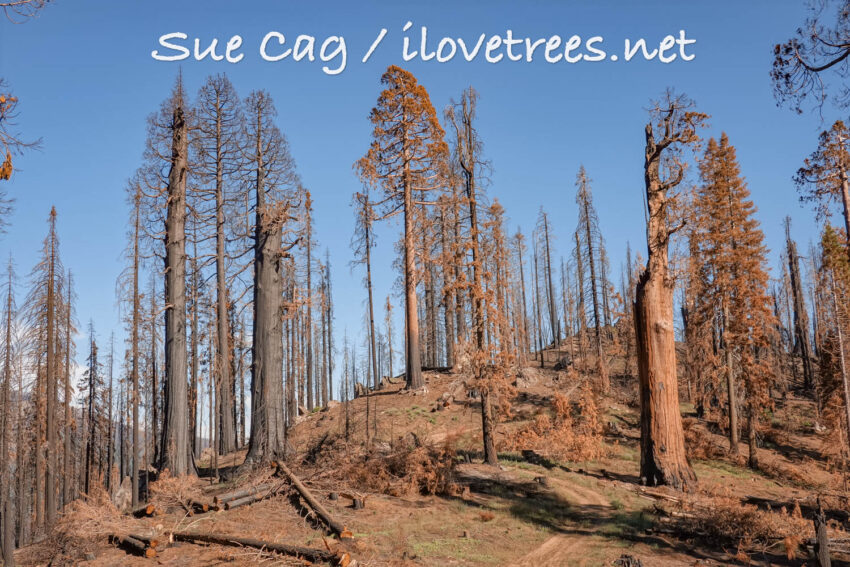 Mountain Home Grove experienced mixed impacts from the 2020 SQF Complex / Castle Fire. Severe burns torched thousands of giant sequoias on the northwest, west, and east sides of the forest, respectively. There are dead skeleton sequoias, crowns of brown needles, and “moonscaped” areas devoid of any living trees. In the light to moderately burned areas, damaged or dead individuals are scattered among the living. Because of its large size, Mountain Home may have lost more sequoias in number than any other grove. However, an incredible abundance of surviving green domes populate the center. It seems tricky to get an accurate understanding of the fire’s impact. Because the middle of the grove is so intact and beautiful, there’s a strange disconnect, as though the thousands of amazing sequoias that perished out of sight are no big deal. [Gallery]

There’s obvious evidence of the fire on the way up to Balch Park via Bear Creek Road, but hardly anything noticeable after entering the grove boundary. Visitors who are unaware and unfamiliar with the area may not perceive what happened. The Balch Park Road access to the grove is closed off entirely. That stretch of road burned to a crisp. When I looked at the area surrounding Balch Park Road from afar, all I could see were brown, dead trees and gray dirt.

Below is a list of the most famous named giants in Mountain Home with their current post-fire conditions. I’ve personally seen all of these trees with the exception of Hercules (which is reported to be fine). At the time of this writing, CalFire has gated off public access to most areas outside of Balch Park. Crews are very actively logging the area and removing all trees except the sequoias.

Keep scrolling to see a lot of mind-blowing photos. 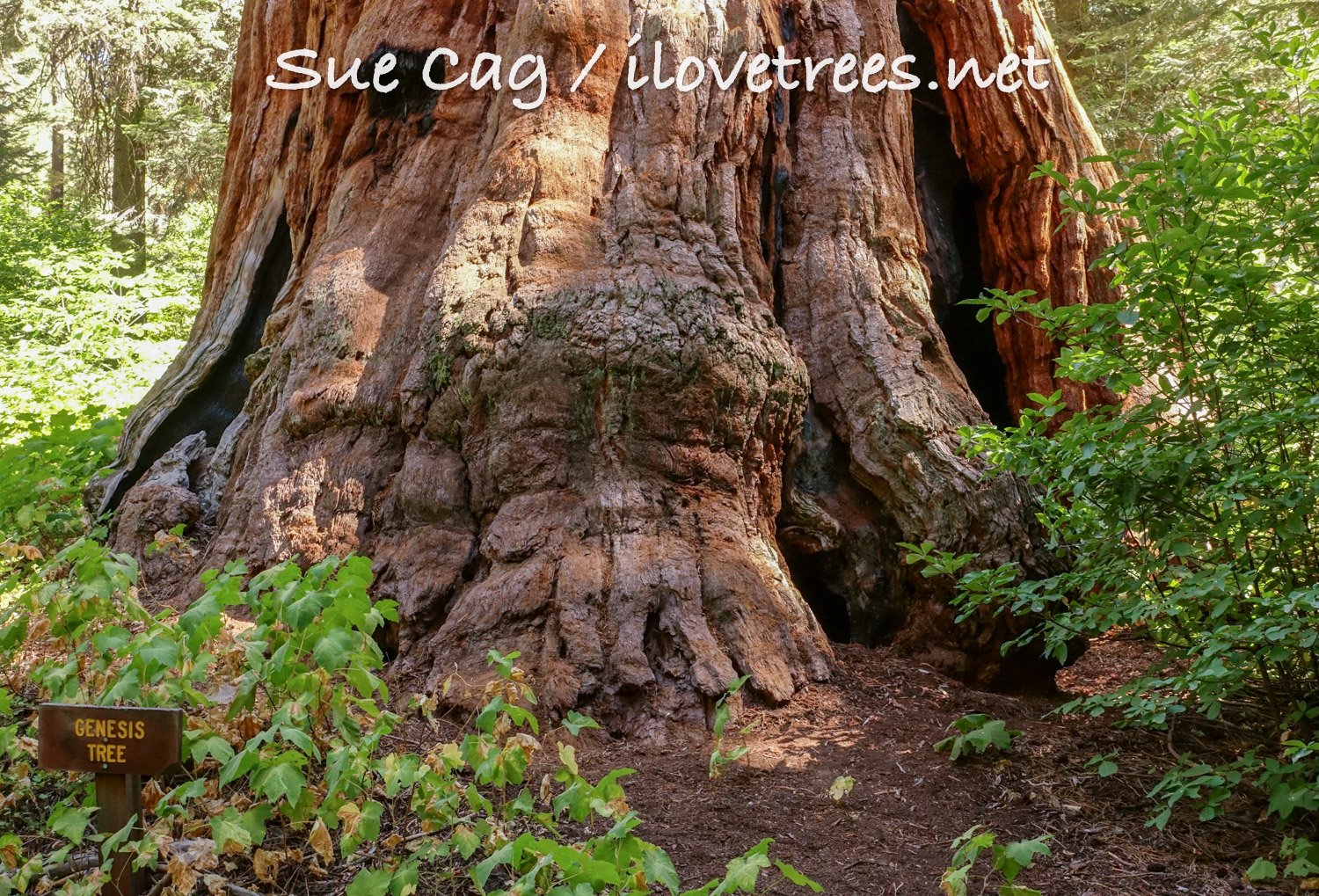 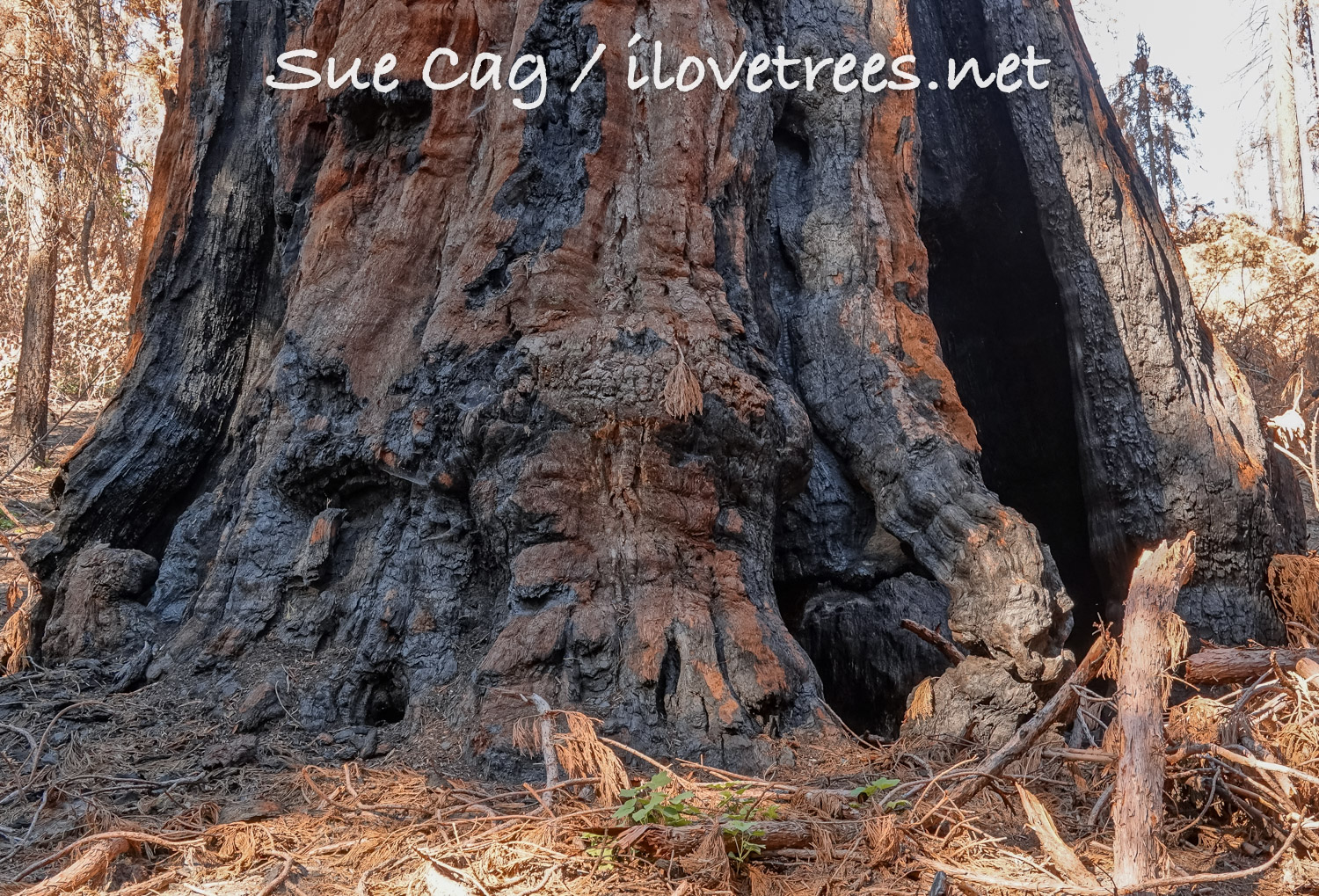 Genesis before and after the Castle Fire 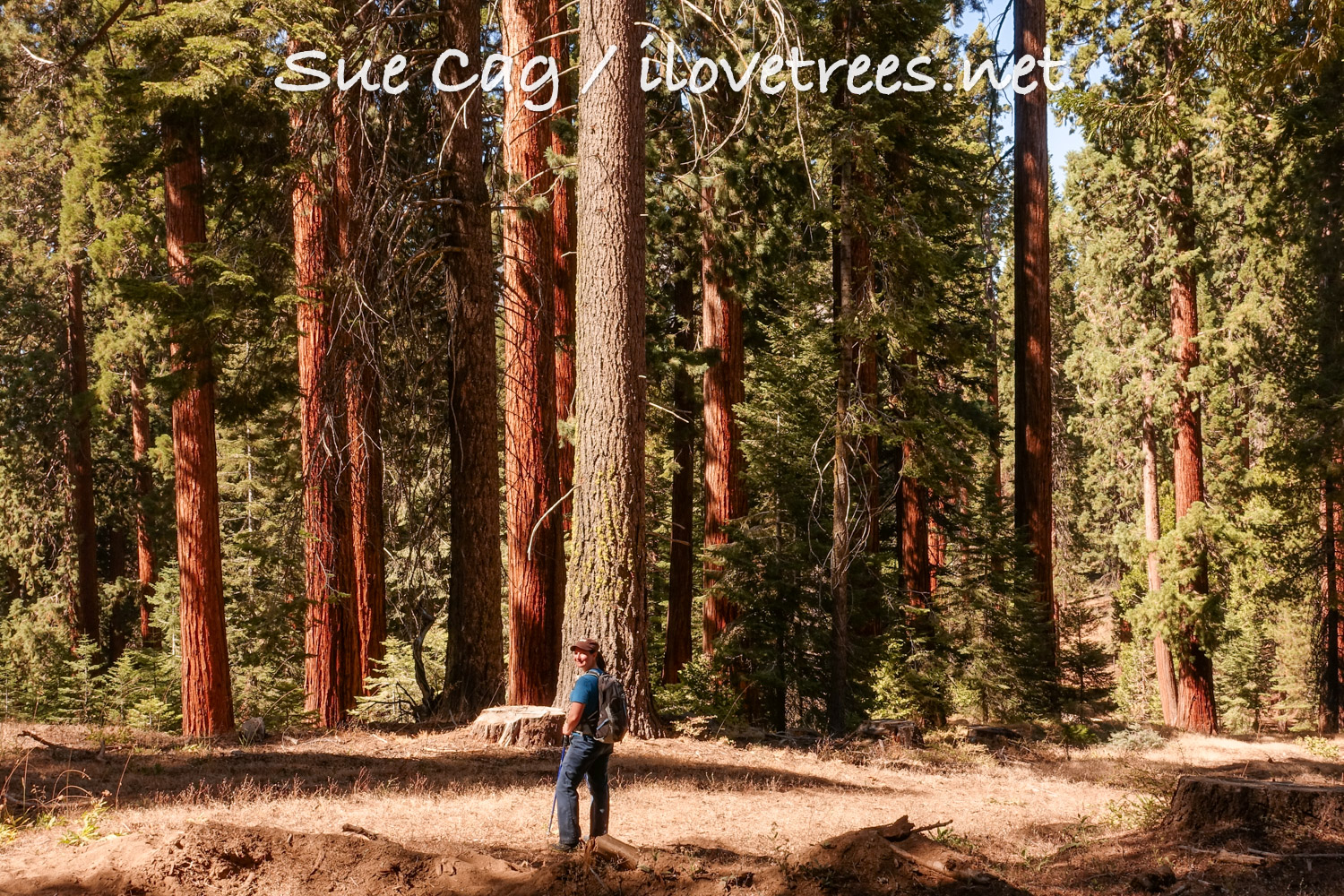 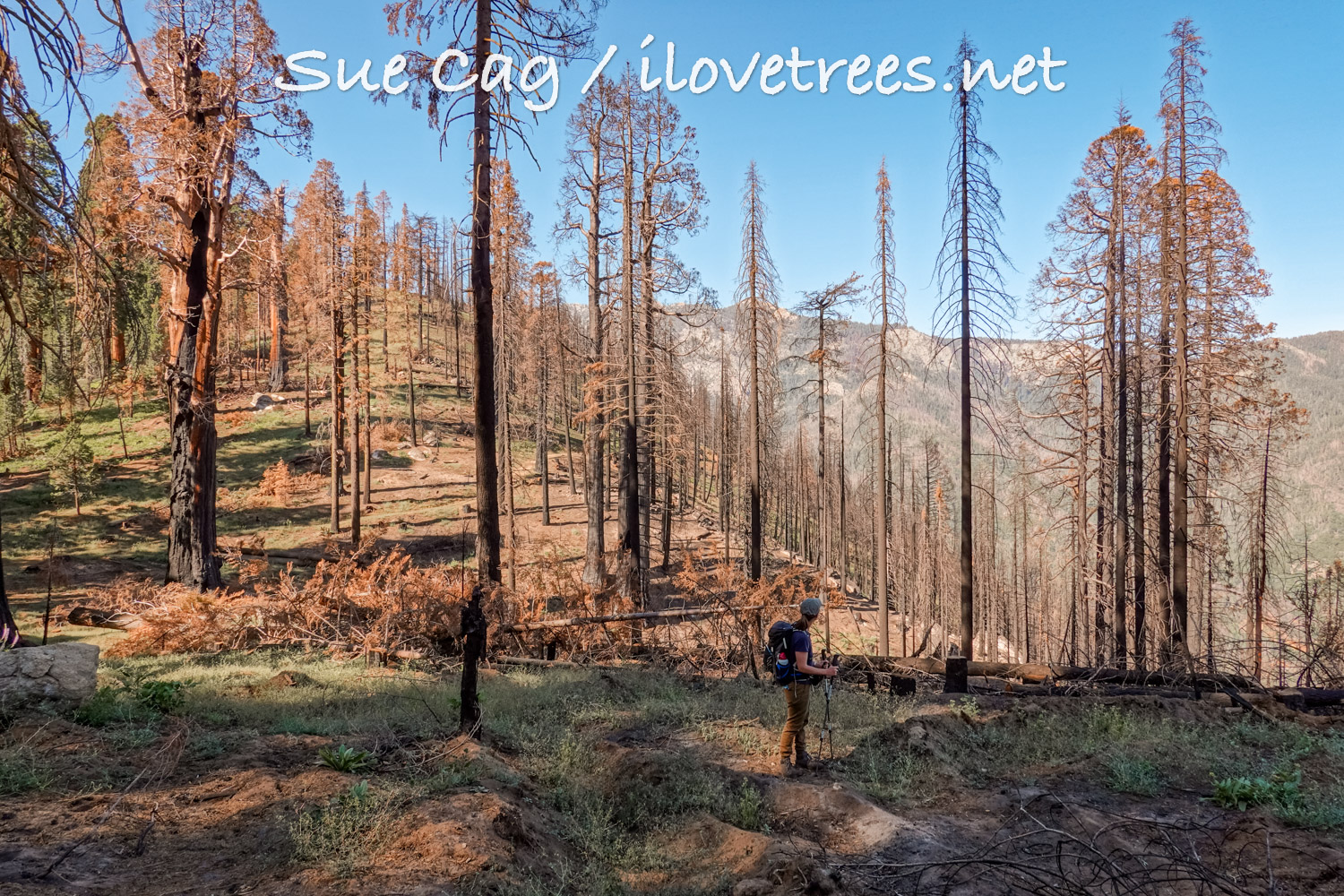 Mountain Home before and after the Castle Fire

Genesis (and nearby trees) after the Castle Fire:

Mountain Home after the Castle Fire:

Methuselah, Oliver Twist, Allen Russell (not impacted) after the fire:

Adam Tree after the Castle Fire: