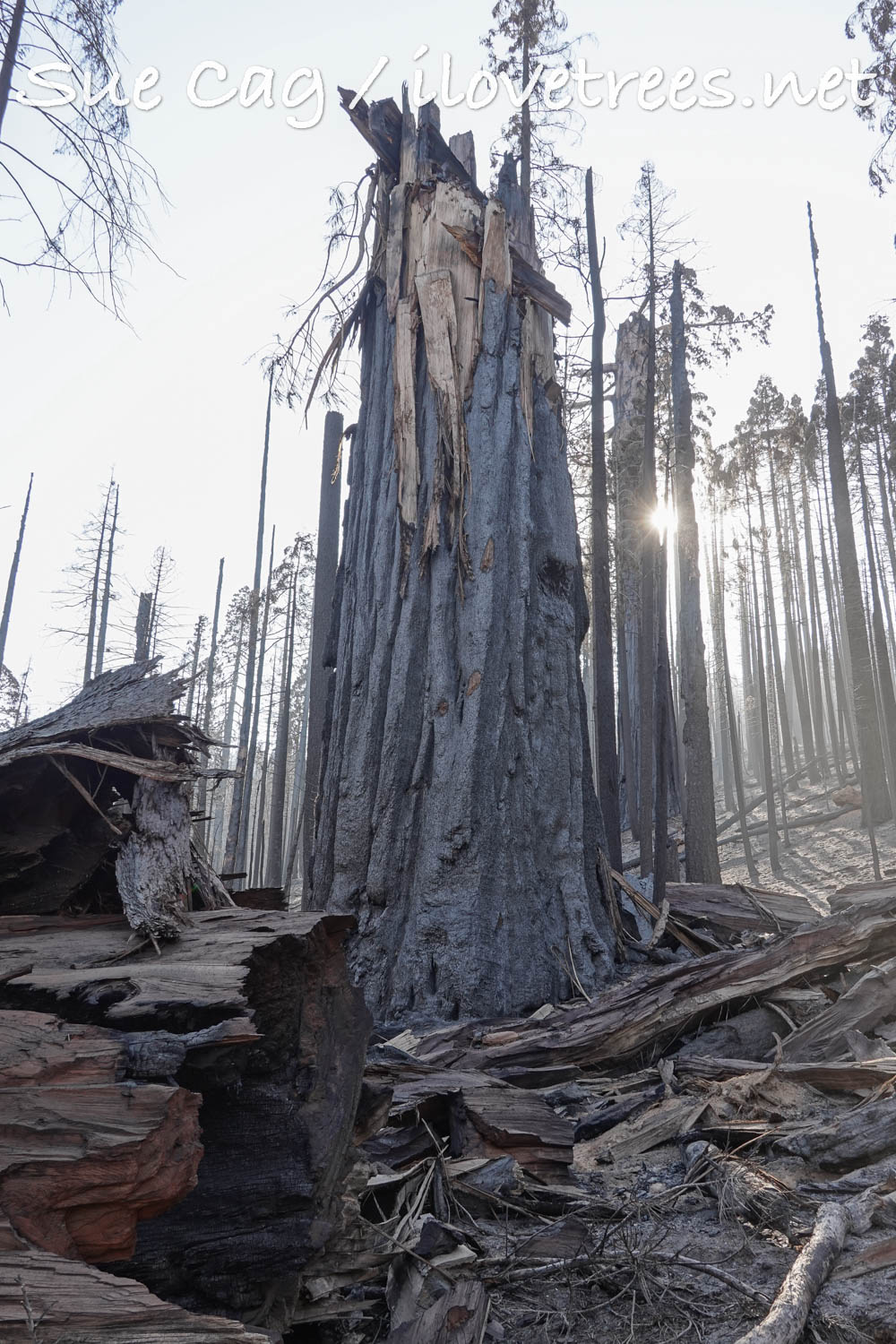 The impact of the SQF Complex / Castle Fire was weighing heavily on me when I finally got around to hiking the Nelson Trail. The walk was incredibly depressing. I could already see much of the damage from Redwood Drive and Highway 190. I’ve already hiked the upper section, among the remains of the Patriarch Tree. I also knew the forest was still burning. I’ve seen big plumes of smoke frequently, clearly visible from the road. Sequoias were still being lost, even months later.

Belknap Campground is unchanged, as are the adjacent cabins. Southern California Edison crews were swarming the area as I tried to squeeze by. They pushed me off the beginning of the trail while they dragged a new line deep into the woods. They cut an enormous number of trees in the area. Football field size clearcuts go upslope through the forest. They cut living trees, including beautiful incense-cedars well over 100 years old.

Sequoias survive along the river where the forest burned in a patchy manner. There is damage near the path, but the trees are more green than gray until you get farther along the trail where the devastation becomes overwhelming. Many more losses, perhaps the worst of the sequoia deaths, appear to be out of sight upslope, in a trail-less area of the grove.

I hardly recognize the forest despite having walked it many times before. Individuals that were known to me felt like distant memories, faded, gone. Perhaps my mind was just too exhausted from all the gray and brown, lifeless, half-dead forests I’ve been traipsing through non-stop lately. I’ve been trying to document what happened to the sequoias in this fire, but it has become too much. The already small acreage of sequoia forest is now a lot smaller. These trees are the most amazing on the planet. They are native giants towering over a manufactured world of greed and sadness. And we are killing them off.

I will let the pictures tell the rest of the story. There are living sequoias, mostly on the smaller size, by the water throughout, and others interspersed between the dead. Many giants have snapped trunks, more than in other burned areas I’ve been to. There are too many dead giants to possibly count and it appears the fire reached every corner of the grove, with the exception of the Belknap Camp area. All of Wendell Flint’s famous trees in this area are dead with the possible exception of the Tunneled (Wishbone) Tree which still bears a bit of foliage up top. Greenery will likely return to these woods in all but the most severely burnt sections, but the McIntyre Grove will forever be a mere shadow of what it once was.