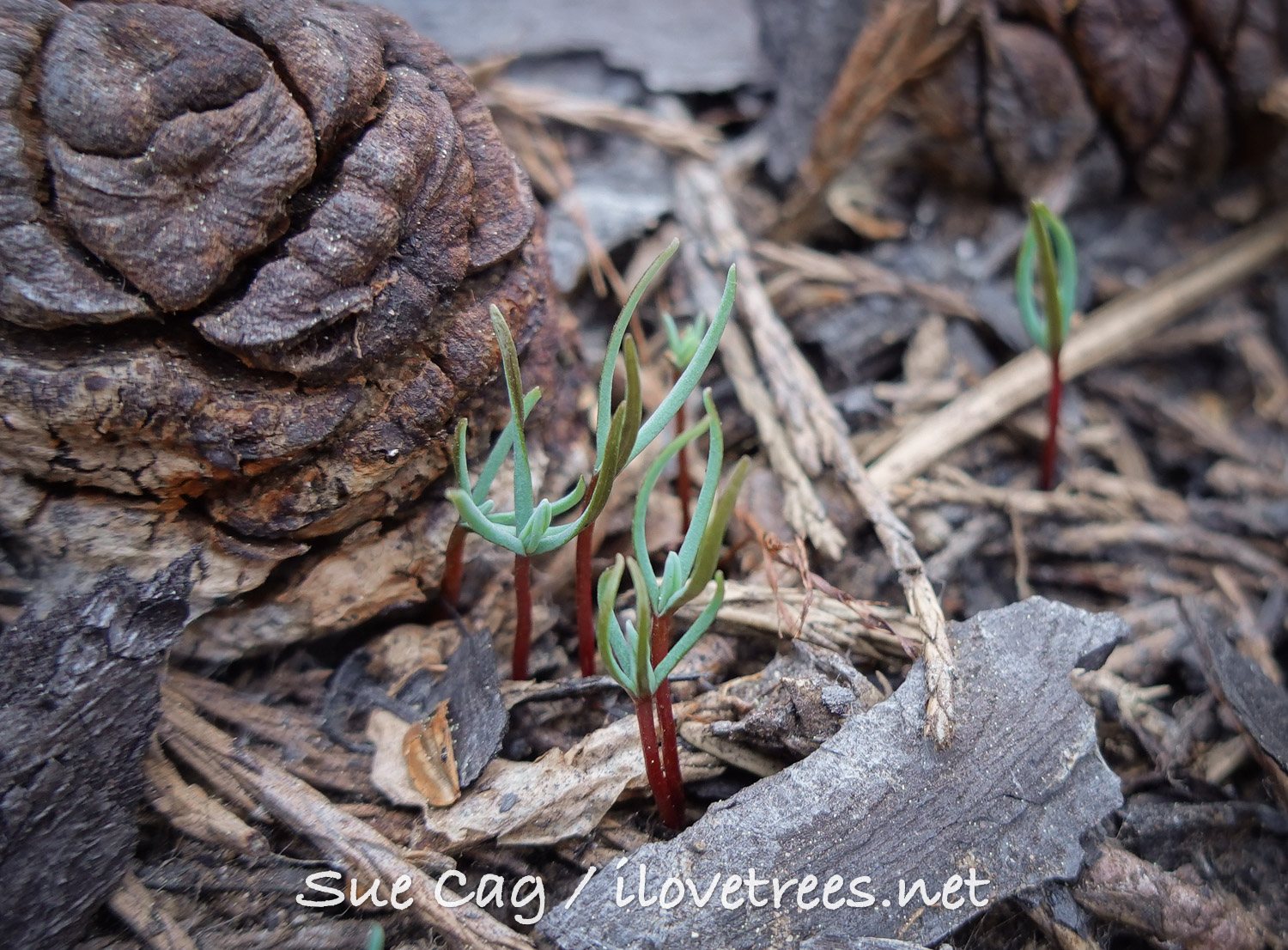 Image: Naturally regenerated sequoia seedlings in Board Camp Grove after the Castle Fire

The NPS / Sequoia National Park has released plans to conduct a tree planting experiment in the Board Camp sequoia grove starting this fall. Board Camp Grove is located in the John Krebs Wilderness. The park plans on removing snags to create a helicopter drop zone; helicoptering in seedlings, some of which are foreign; and using these seedlings to create a large tree plantation (which will subsequently be left to fend for itself in a hot and dry wasteland), all in blatant violation of the Wilderness Act. You can read about the project on the NPS website here. You can also download the document “Board Camp Grove Public Scoping Information” on this page. It’s definitely worth a read, as it contains important details such as where the seedlings are actually coming from.

Below is a copy of the letter I mailed to the superintendent of the park explaining the many reasons why this is a bad idea, as well as another distraction from what we should be concentrating on, which is climate change. These are your tax dollars at work, and they shouldn’t be spent on a project that seems to do little more than corrupt one of the few truly wilderness areas that are left. A burned wilderness is still wilderness and should be treated as such.

Please send your own thoughts to the NPS regarding this project. Public comments are open until March 25. There is a button to click if you wish to comment online, or you can send a physical letter to:

I am writing regarding the proposed planting project in Board Camp Grove. I have been to Board Camp twice, once pre- and once post-fire. I generally support the NPS and the efforts to protect these rare and beautiful places, but in this case I must voice my opposition. Board Camp is indeed remote and thusly should be treated as wilderness. As much as it would break my heart for this grove to vanish off the map, the proposed plan is not the answer.

Bringing in non-native seedlings (even a small amount) to a wilderness grove is problematic for a few reasons. If the seedlings do take, it’s not really Board Camp anymore. It’s some franken-grove, a glorified experiment. This area would lose the characteristics of untrammeled wilderness, which is what makes these more remote groves truly special. There is a sense of wildness that is absent from the more accessible groves. Experiments should be done in places like the Giant Forest that have already seen lots of human impact. Snags should not be felled in wilderness areas to make way for helicopters. The point of wilderness is to protect the forest from human marauding but generally let nature do what she will, rather than making it into yet another lab. There are enough labs, enough experiments, enough other places to drop in seedlings that might be drought-resistant to monitor. This is currently under way in Alder Creek Grove, for instance, where Save the Redwoods planted a mix of native and non-native seedlings last year post-Castle Fire and abandoned them to fend for themselves. A good number of these seedlings are already dead. The idea that you’re going to spend money and resources to helicopter in seedlings only to then abandon them is a waste of resources. Obviously you can’t water seedlings in such a remote wilderness area, so why bother planting them in the first place? The resources would be better spent taking long-term steps to combat climate change, which is the root cause. Planting seedlings is just a band-aid that makes everyone feel like they’re doing something good, but doesn’t really do much at all for the larger problem.

I truly love the sequoias (I’ve been to all of the groves on public land, some more than once), and to see them decimated by fire has been truly heartbreaking. I appreciate all of the hard work the NPS does, and I know your heart is in the right place. But sometimes the best way to protect something is to let it be. Plant native seedlings from Board Camp exclusively if you must, but please consider leaving these wonderful wilderness places alone entirely. There are so few places that are truly wild. The forest may not be what we want it to be, but that’s not a good enough reason to mess with an entire ecosystem in a remote area. Human meddling has caused climate change, so perhaps we should let nature take it from here.

I am a local conservationist and writer – you may recognize my name from the NPS sequoia mortality study to which I contributed data after the Castle Fire. I am writing to you today about the Board Camp replanting project. I absolutely do not support this project and I urge you to reconsider for the following reasons.

Firstly, this project is an egregious violation of the Wilderness Act. If this moves forward the NPS will be breaking the law as Board Camp is located in the John Krebs Wilderness. Sending in a helicopter, cutting down trees, and creating a large tree plantation are not in keeping with wilderness.

The Sequoia National Park groves are the last bastion of unsullied sequoia forests. Once you release foreign seed into this area, the grove will forever be altered. Forever. Once you do this, there’s no going back. The unique and precious ancient forest that the park has preserved for years will be spoiled. The following quote is from the document Mediated Settlement Agreement for Sequoia National Forest: “The possible consequences of artificial regeneration (e.g., replanting) in other groves, with the introduction of propagules from outside the grove following timber harvest, fire, or other disturbance events threatens the inherent and not fully understood genetic architecture of this species.” The study further suggests that “groves have inherent properties making them a meaningful unit of biological study.” Once those seeds are dropped, the sequoia ecosystem will never be the same again.

Here’s an example. There are several sequoias with a unique spiral bark pattern in Mountain Home Grove – the Oliver Twist tree being the most famous of them. In The Giant Sequoia of the Sierra Nevada, Richard J. Hartesveldt et al, writes: “Perhaps the least common of the major bark patterns, the spiraled form seems to be more common in the Mountain Home Grove than anywhere else. This genetic population suggested that this grove has been separated from other groves for a long period of time. Most spiraled specimens show a right-hand twist; a few of them twist to the left.” Unfortunately, with the ongoing and careless planting of seedlings across groves, we will no longer be able to observe or appreciate unique genetic differences like this.

When I visited Board Camp after the Castle Fire in May of 2021, I found sequoia seedlings in the severely burned areas. Even if the NPS doesn’t consider the existing seedlings to be enough, the forest should still be allowed to recover on its own – as it sees fit, not as we would prefer. As human beings we like to meddle, but it’s often not a good choice for our forests. Replanting is also a feel-good measure taken in order to pat ourselves on the back for doing something, or for pleasing the uneducated public. It may indeed make us feel good temporarily, as though we’re doing something good for the forests, but we are simply fooling ourselves and ignoring the larger issue.

The giant sequoias are obviously signaling that their habitat may no longer suitable for their long-term survival, much less their ability to thrive. It is too hot and too dry. The big trees are not getting the snowpack they need. Board Camp is especially hot – and it’s only going to get hotter and drier. The grove locations that burned most severely in the Castle Fire (and other recent fires) were primarily the hotter and drier areas. Spending our limited resources trying to force the forest to do what we want is not the answer. Putting those resources to alleviating climate change would be a much better use of our time and money.

About the Author:
Kim Dicso is a singer-songwriter, multi-instrumentalist, prosaist, hiker, traveler, vegan, and contributing author of nature writing for ilovetrees.net. Find her music at folkstar.net.

My National Geographic Poster of Sequoias
by Sue Cag Image: Nation...
King Arthur, the 9th Largest Tree in the World Perishes
The acrid sting of smoke ...
Sequoia Loss in the 2021 Windy and KNP Complex Fires
Last updated: October 30,...
Spotted Owls in a Giant Sequoia
by Sue Cag While hiking ...
Tulare County and Cal OES are Committing Disaster Fraud by Cutting Living Green Trees
Tulare County and Cal OES...
A Winter Walk in Ev-Henwood Nature Preserve
No one else was visiting ...
╳