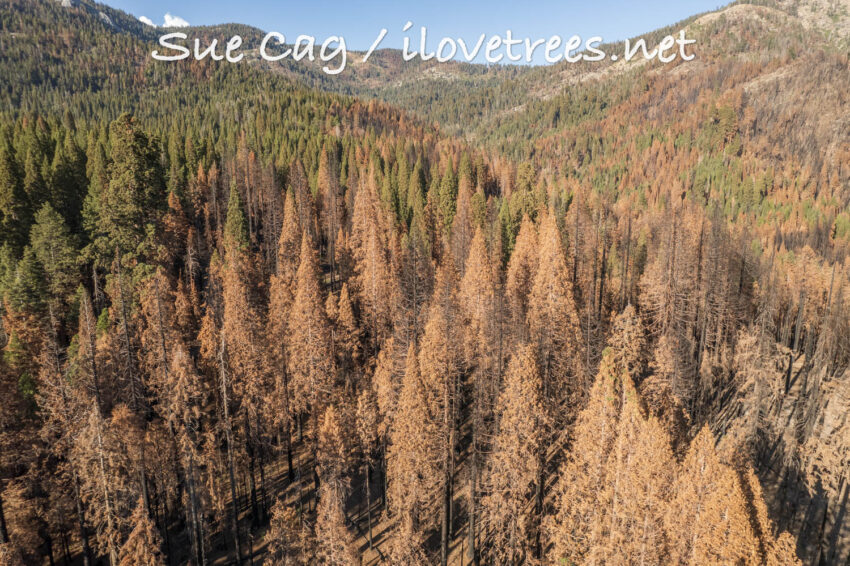 Thousands of Dillonwood sequoias were destroyed by the Castle Fire. However, most of the damage is not right along the road and is out of sight of the casual visitor. The swaths of young Dillonwood sequoias are more or less ok, with dead patches mixed in with the living. Away from the road, countless dead skeletons and brown needled tops cover severely burned areas to the north and west. Uneven scorching appears to the south and east. Barren tracts slash the slopes below Moses Mountain. A few pockets of large sequoias to the northeast remain intact, despite the fire torching the trees next to them.

Road 19S09 leading into the grove runs through both intact and heavily burned forest. The first (and only) large sequoia along the road is damaged, but still alive. Fire burned farther into the upslope side of the trunk and up into the canopy, leaving one side of brown needles while the other side remains green. Across the road from this big tree are many small sequoias that are all dead. Beyond this, the forest of young sequoias (nearly all large sequoias were logged) appears intact, with most losses out of sight. The three cabins that used to be here are completely gone, while the modest sequoias surrounding them are almost all still alive. Unfortunately, a group of disrespectful people had visited recently, tearing up the meadow on ATVs and leaving behind trash and bullet holes in an old refrigerator that didn’t completely burn up.

It’s hard to get a good sense of the fire’s impact on Dillonwood since the big sequoias aren’t right along the road and older roads are no longer followable. There are only a few spots where I can look through binoculars to get a glimpse of the dead sequoias in Dillon Canyon and up Dennison Ridge. There are countless brown tops and very hard to see sequoia skeletons in the grove, but they are nearly impossible to access.

The Garfield side of Dennison Ridge fared much better than Dillonwood. Just on the other side of the ridge stands a verdant wonderland of sequoia domes. When the fire went through Garfield, it softened to mostly a surface burn, except for patchy losses like King Arthur and a severely burned section at the bottom of the grove. The Garfield sequoias stand on cooler, moister, north-facing slopes. It’s one of the last sequoia-covered mountaintops to melt after winter snows. Likewise, many of the unharmed trees along the road in Dillonwood seem to grow in a cooler microclimate. During a late spring visit one year, I had to post hole through snow, while the snowpack in other groves had long melted away. Hopefully this means the area is hospitable to continued sequoia growth, despite the increased heat and drought of our warming world. 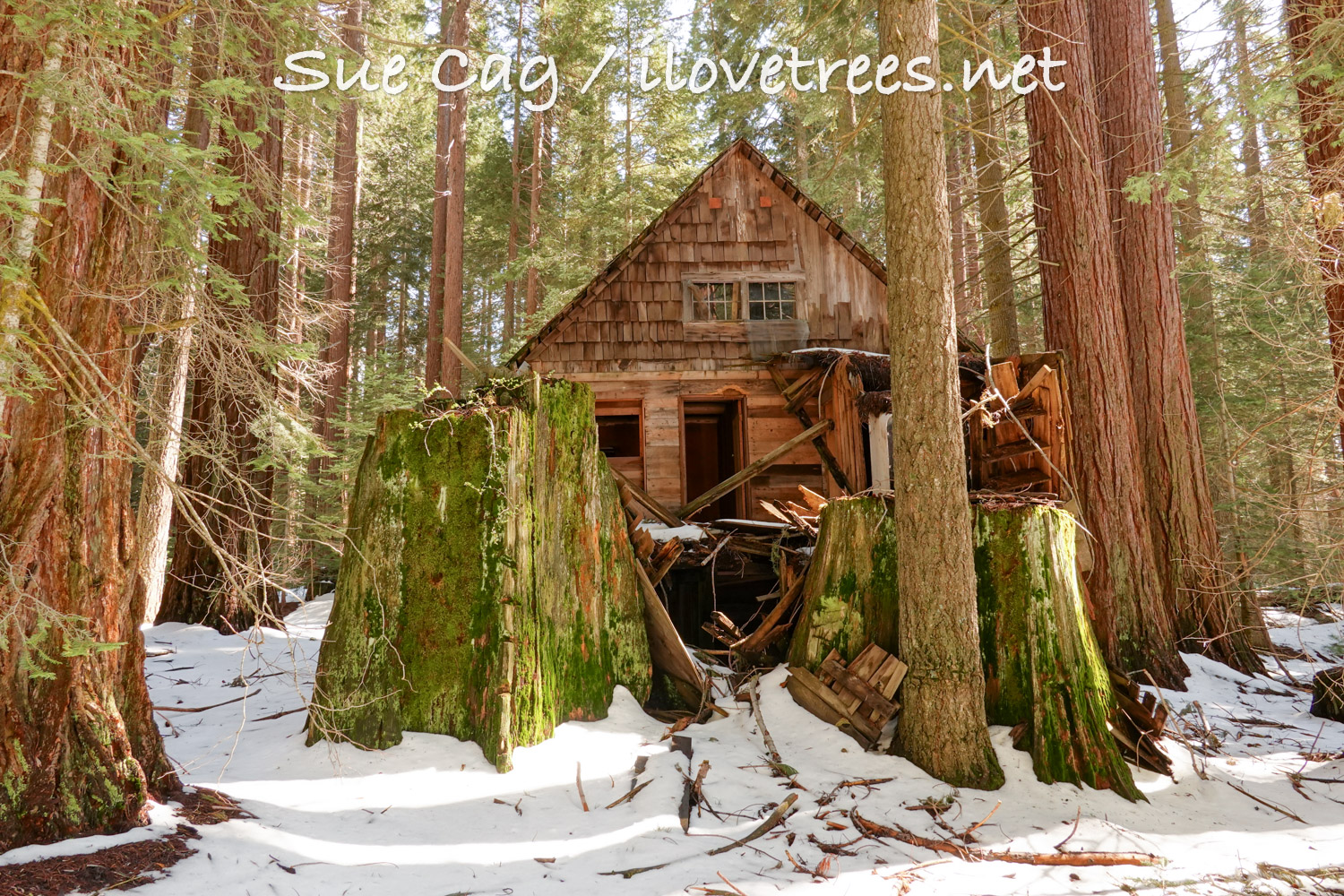 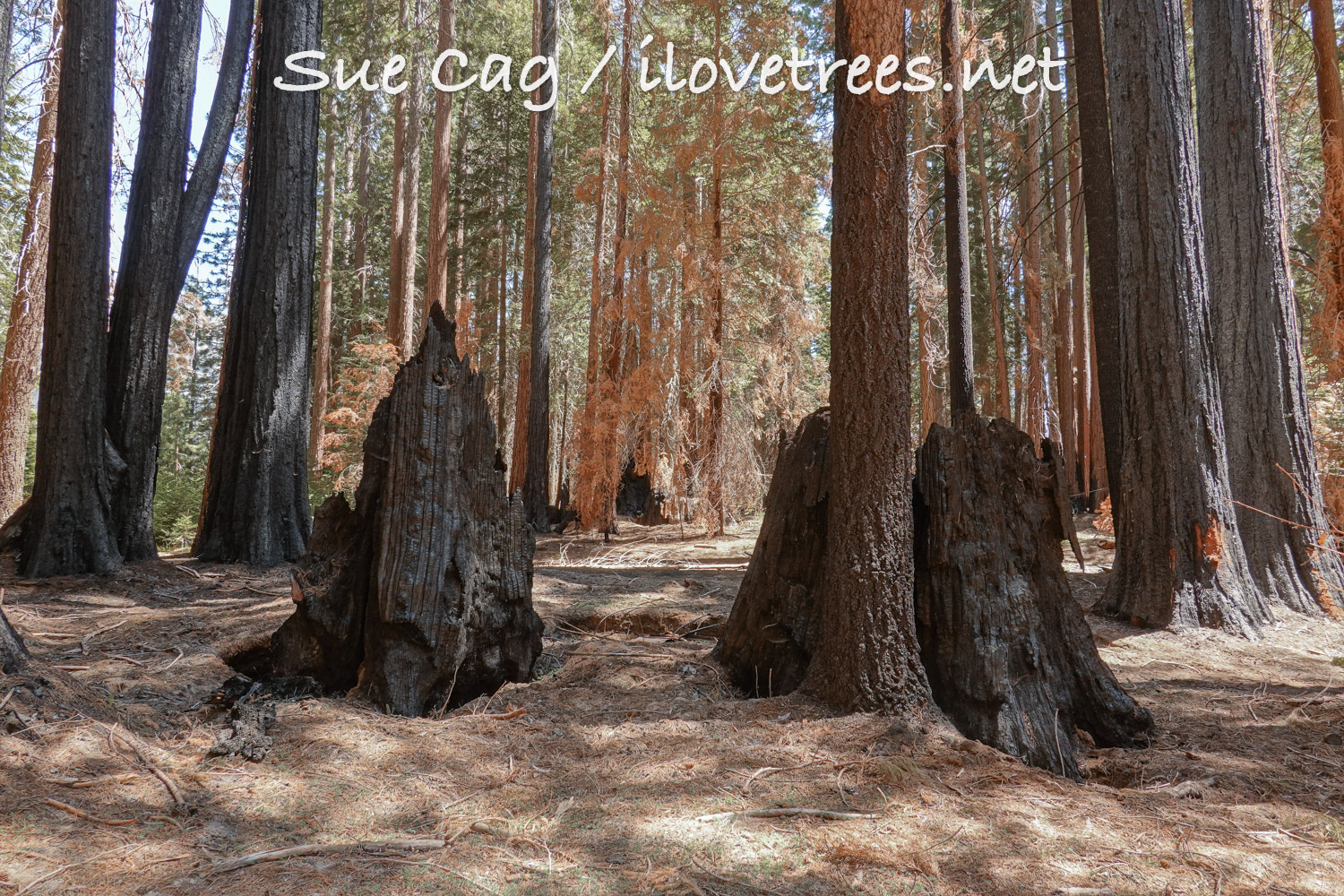 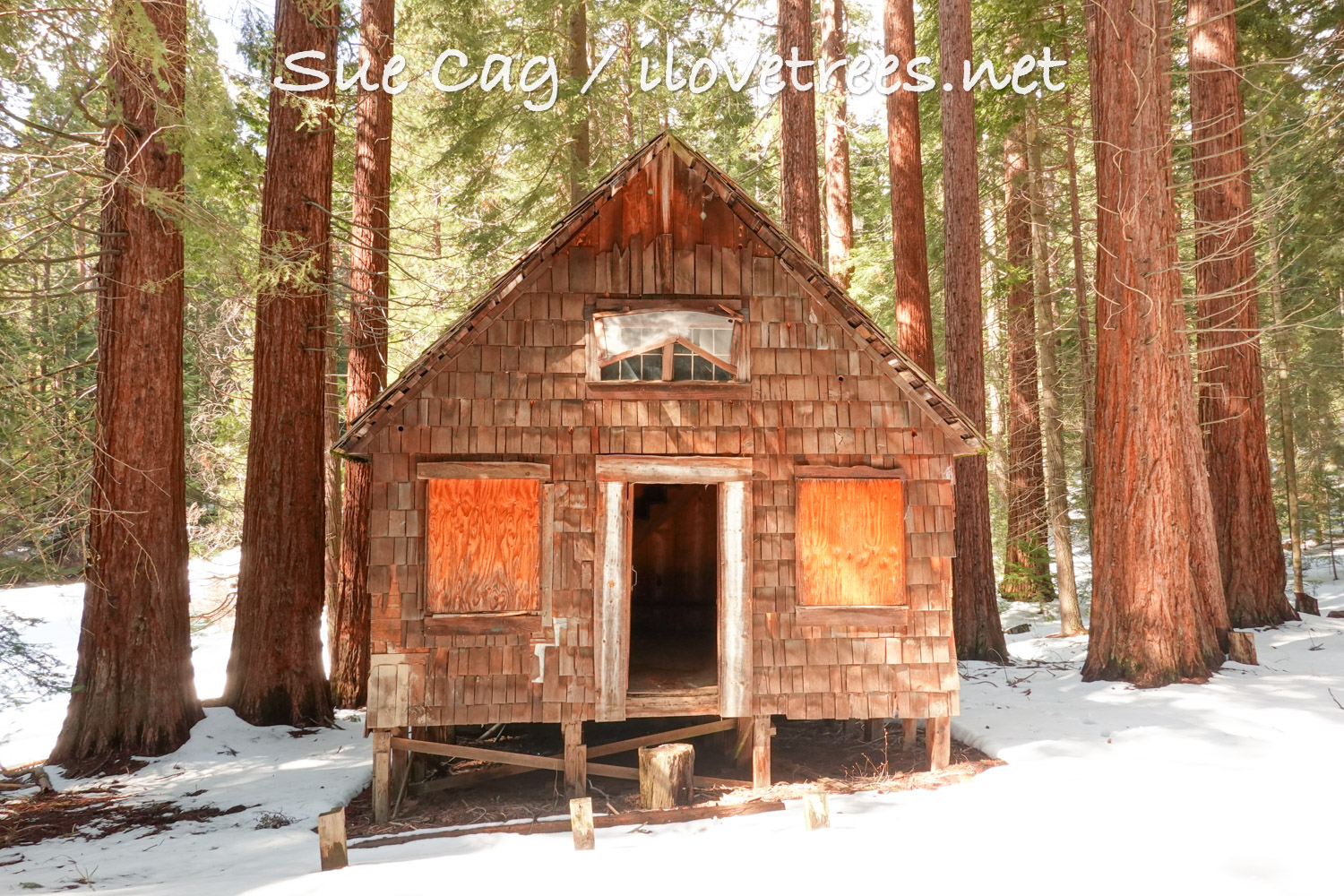 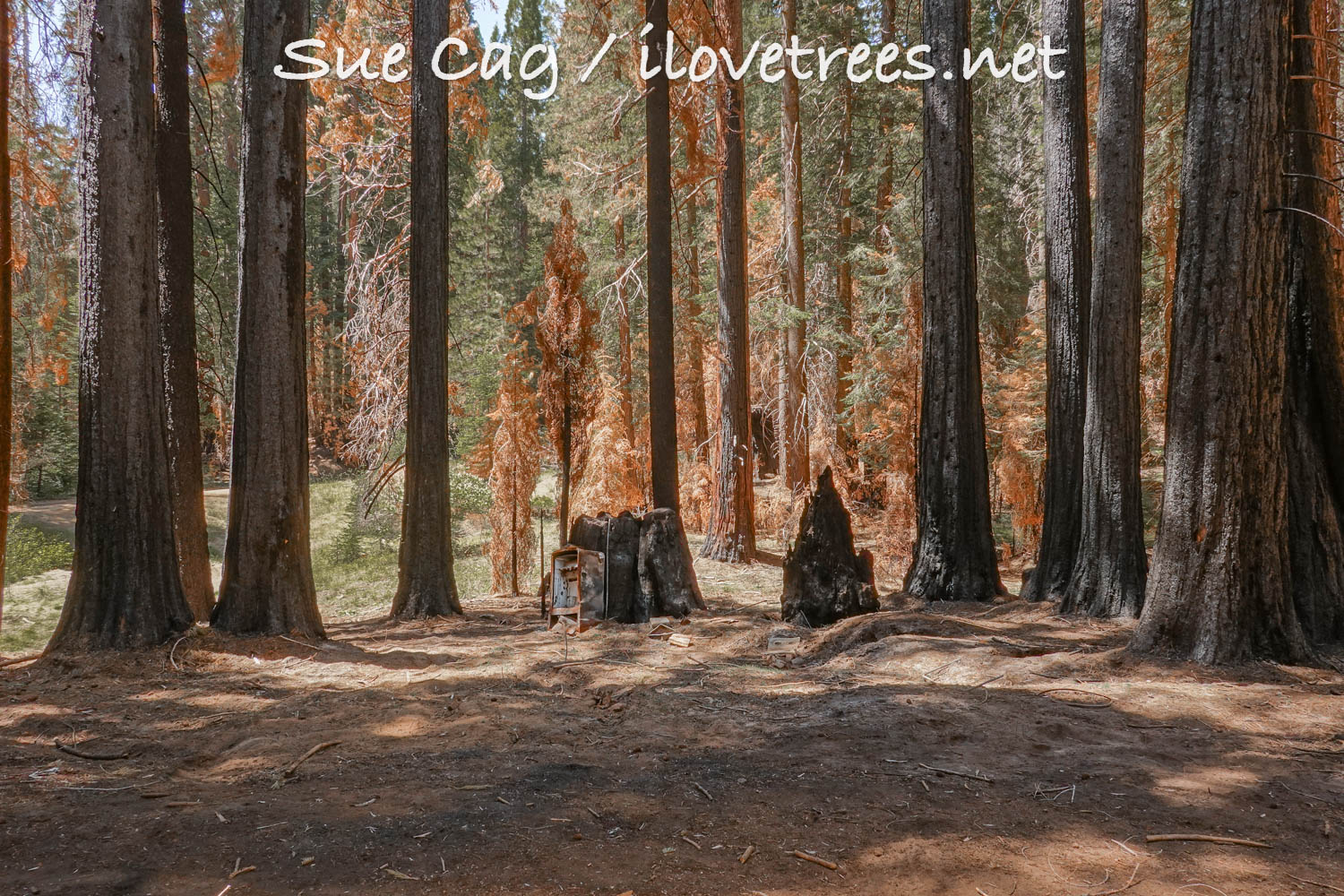 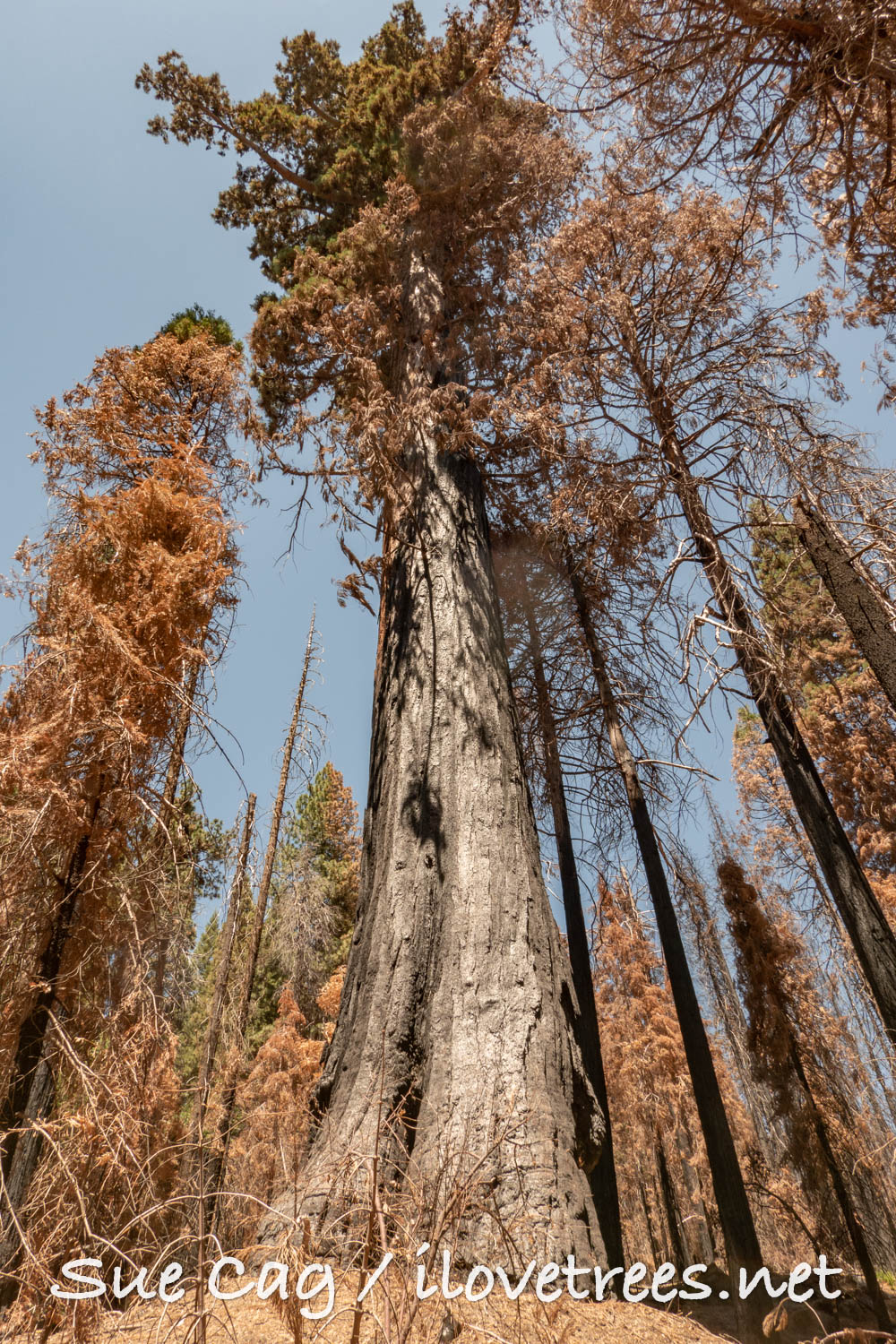 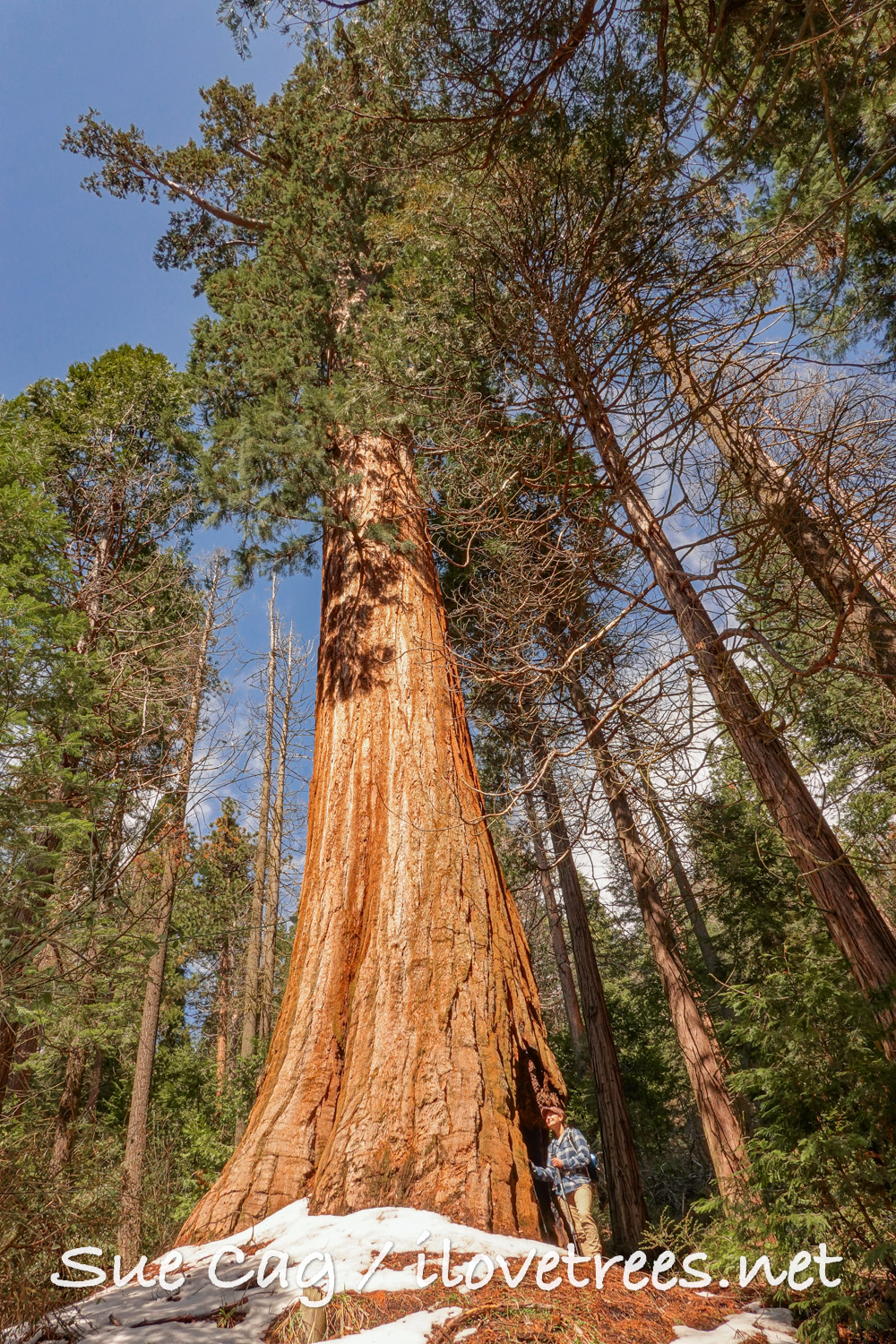