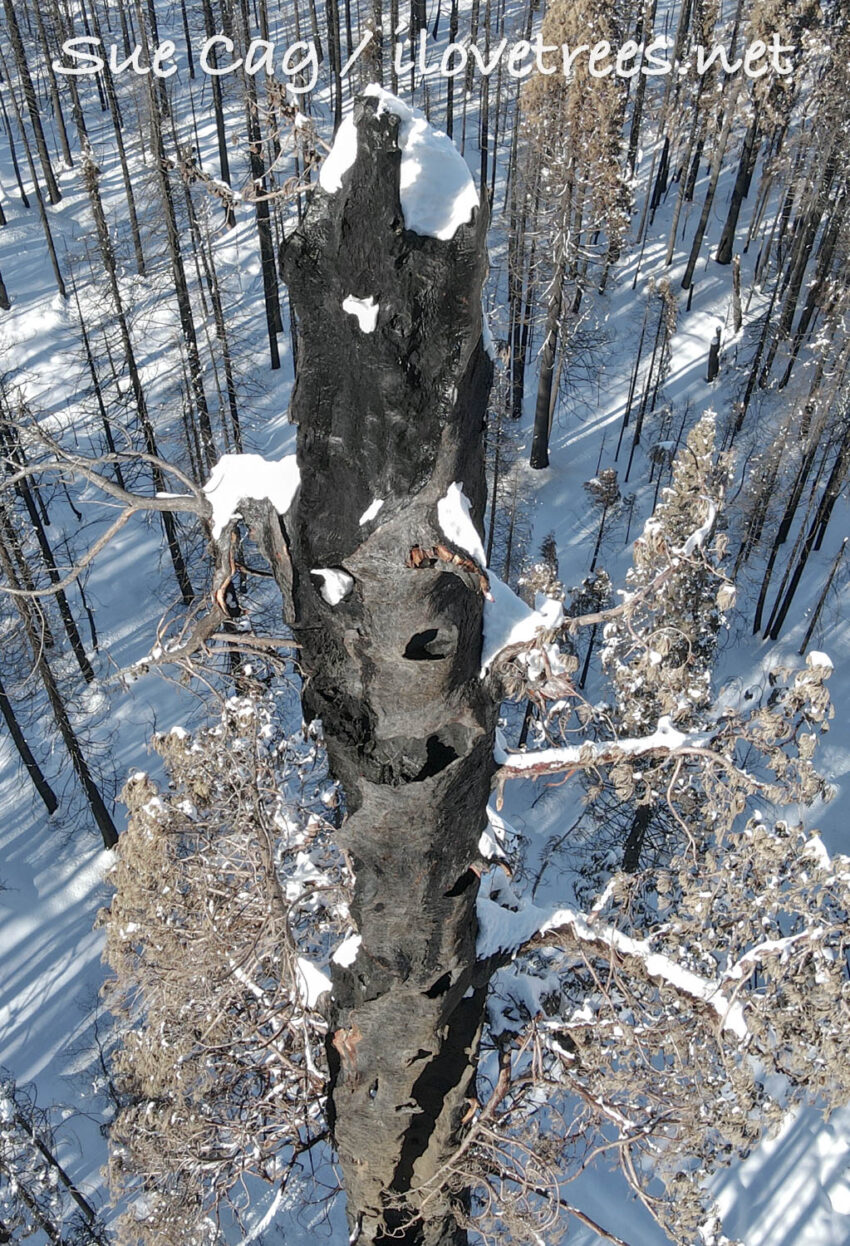 After a recent storm, I put my snowshoes on and headed down to film a big tree I call Silent Majesty (see Giant Sequoias in the Snow). Silent Majesty stands at the edge of the 2020 SQF Complex / Castle Fire, a blaze that killed hundreds of sequoias in the Alder Creek Grove, and hundreds more across several other groves. The severe wind-driven fire greatly reduced the number and acreage of the already rare giant sequoias. While filming, I caught a glimpse of the dead forest behind Silent Majesty. I wasn’t planning on flying over the burn, but I decided to swing around to see what the sequoia skeletons looked like in the snow. I think the snow made them appear clearer, whereas previously it was difficult to distinguish the charred sequoias from the landscape of colorless ash. This time the snow highlighted their branches and made their blackened trunks stand out. Even in death, giant sequoias look incredible.

Waterwell – A Giant Sequoia Destroyed by the Castle Fire