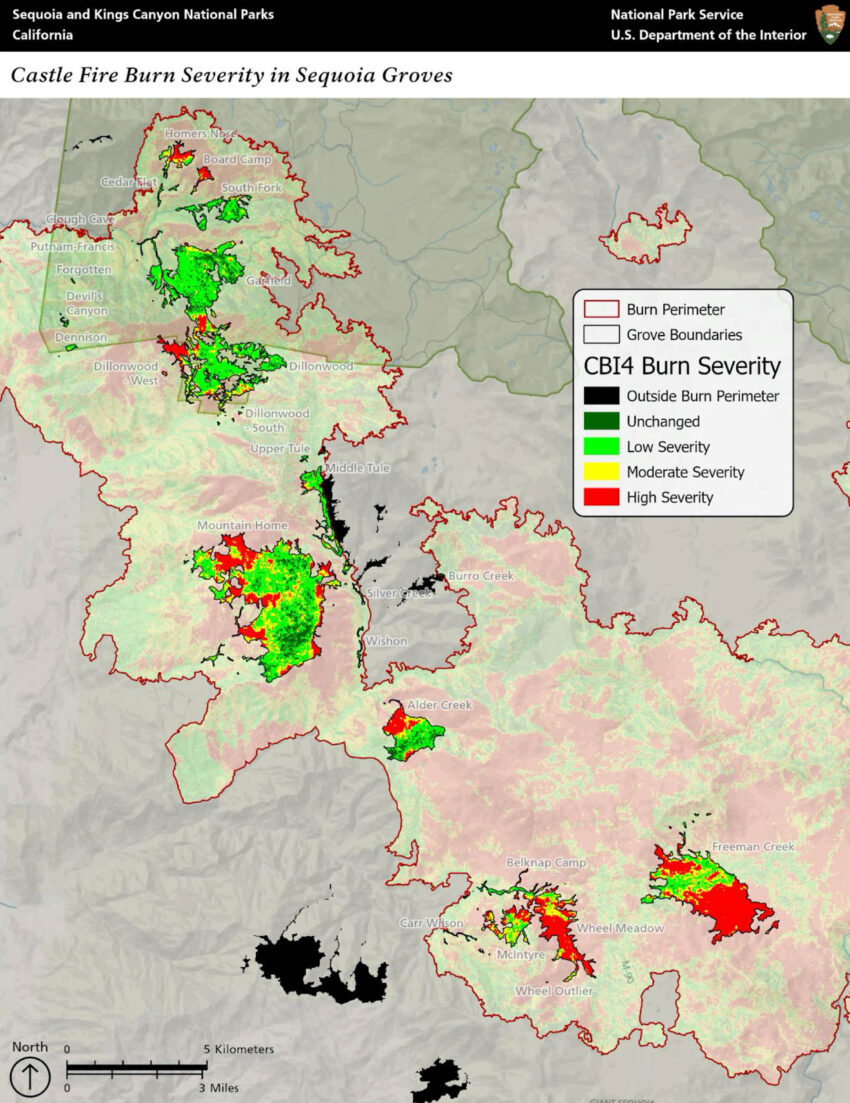 Anyone who cares about trees has surely seen the headlines about the loss of 10-14% of all giant sequoias in the world in a single fire. At long last, the actual study has been released! It includes the data I compiled from months of hard work counting every large sequoia in Alder Creek Grove.

Starting shortly after the fire tore through and continuing through April of 2021, I hand counted every sequoia approximately six feet or more in diameter in Alder Creek Grove. I recorded the GPS location for each tree, along with its status, indicating if it was dead, heavily damaged (lost top/nearly full brown needles/unsure if living or not), or alive (moderately damaged/lightly damaged/unchanged).

The Castle Fire destroyed 31-42% of all large giant sequoias in its path, the equivalent of 10-14% of their total population.

In addition to my data, an aerial assessment and two surveys of past fires were used to accurately estimate the percentage and number of sequoias killed by the fire. This much-needed report provides a solid picture of the fire’s impact.

The Castle Fire burned a whopping 1/3rd (33%) of all sequoia grove acreage.

Besides Alder Creek Grove, I’ve personally visited the following groves post-fire: Freeman Creek Grove, McIntyre Grove, Mountain Home Grove, Garfield–Dillonwood Grove, Forgotten Grove, Homer’s Nose Grove, South Fork Grove, and Board Camp Grove. I have attempted to see into every portion of the forest (not just what’s along a road or trail). My direct experience aligns with the fire severity map as well as the numbers and percentages of sequoias lost that are presented in this study.